We are talking about the Olympic Gold Medalist and the Men’s World Cup winner, Zhang Jike. He is a Chinese Table Tennis player who recently jumped to the 76th position on the ITTF ranks, after participating in the Three Major Open tournaments.

Another big thing about this 30-years old guy is that he is the fourth player to achieve the Career Grand Slam. The first three players are Jan-Ove Waldner, Liu Guoliang, and Kong Linghui.

Why Zhang Jike must qualify for his upcoming Qualification Tournament? 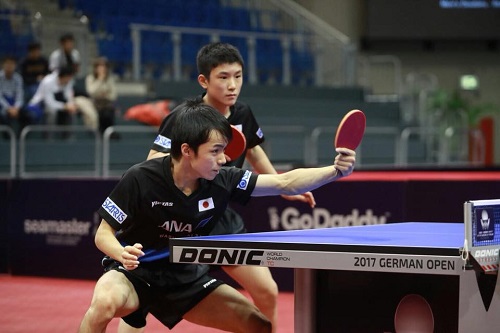 The Seamaster 2018 ITTF is around the corner, and for Zhang to lock his presence for that game should compulsorily win at the preceding qualifying games. The preliminary games commence on 22nd May, and the major game is on 24th May.

Zhang is ranked on #1 position among all the Chinese Men’s team, and also the only guy to ever win the Men’s Singles Title. The other players who fall next to Zhang are Xu Chenhao, Zhou Yu; where Zhou has been a runner-up for three time and Chenhao bagged the second place at the 2013 Japan Open.

While others who are playing in the team are either the young newly joined ones or may have people who may have left the team already.

Coming to the qualifying rounds, all the other Chinese players along with Zhang are going to participate. These qualifying games are present even for the Double’s game, just like the Men’s Singles.

Many of the local audiences have an eye on Wong Chun Ting too, he is currently the top seed in the Men’s Single game. He is going to partner with Ho Kwan Kit for the Men’s Double game, and they are on the 3rd place on the seed. They are behind the Korean’s Jeoung Youngsik and Lee Sangsu who were the runners-up in Germany, this year itself.

We should also not forget two special names: Xu Haidong and Niu Guankai who are still playing and are there on the list. They are the surprise elements of the match!

Now, could Zhang Jike tackle all the world championship qualification tournament players and make it to the Seamaster 2018? We will surely find out!

When we talk about the success of an athlete be it of any sports form, it can’t be judged on the basis only the Wins and other achievements. But there are many aspects and traits which make up to be a Good Sportsperson in general.

To me, the fundamental quality that a good sportsperson should have is Respect for his team and other fellow mates. Respect just not for his senior players or coach, but for each human being in general too. Along with the respect, there are many other qualities which make up to a good sportsman

Signs of a True Sportsmanship | Redefined

I have seen players who play well and get really serious with their game on-field. This makes the game interesting, and also builds up the spirits of the viewers as well. But what if the same person acts improper off-field? You may lose some respect points you had for him/her. That’s why, all the players must focus on being a true sportsperson, both on-field as well as off-field.

Then you will ask the question, isn’t a sportsperson judged by how he is while on the field? My answer is Yes. But, this isn’t limited to the game itself. It is also about how the player is in real life! I have listed out some qualities below, that a Good Sportsmen must have!

This player will be someone who tries to involve each of the members of the team. You are a talented guy still you would want the whole team to contribute to the game and someone who gives chances to all the game member on showcasing their skills.

Someone who puts in efforts for building up the confidence of the new members or the beginners – also falls in this trait.

Not a Fake Master

Those who show-off or simply someone who just fakes it in front of the viewers won’t ever make a good sportsperson. Being true and as genuine as possible should be the motto. These days, audiences are more clever and could easily make out who is faking and who is playing for real.

The person who always plays it fairly

Of course, he/she should always believe in fair play. Some who do not cheat and plays the game in a rightful way is another trait. A person who remains honest with his game and sticks by the rules makes a true player.

Yeah, watch out for this one! There are players who just keep on doing the talk without actually performing it. A good sportsperson is the one who talks less and believes in Action. So, next time if you feel like you don’t talk much – let your play do all the talking. A player with a Good Sportsmanship in sports believes in putting more efforts in the game, and prefer less talking.

One who understands that ‘Losing is a part of the Game’.

Take any game, you will have a winning team and a losing one. If you feel like your team is losing the match, then keep it cool and play the match in a calm manner. A good team player will take the loss in a nice way, and handle it in a way that no one player feels low with the game. At the end of the game, what matters is how you played and how much you improved than the previous game?

Also, this guy won’t blame anyone for losing the game. Keep your head high, and enjoy the game as it is going! This is one of the important qualities I look upon.

Finally, he/she must obey and follow all the rules set by the officials. This does not limit with the game rules only but also inculcating good manners. Sometimes, it is possible that you made some mistake – then you have to obey and respect whatever decision is made by the authorities. If some wrong conduct is proved from your side, then keep the attitude of apologizing.

These are the traits which are a must in a Good sportsperson. So, do you have all of them in you? One should instill these qualities not only for just sports but also in real life. Face all the problems courageously, because most of the time your reaction is what matters. Have a good day!

Journal in the News | Can an NBA player's size contribute to a greater injury risk? https://t.co/WLsZNEfnNV